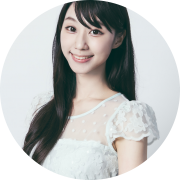 *TEACHING EXPERIENCES*
14 years teaching eaperiences in vocal, piano and musical theatre in workshops, institutes, and both national and private schools (and counting).
My teaching methods combine what I learnt from Italian bel canto, Vienna vocal techniques, and New York Broadway singing skills.
I teach with imagination, anatomy, and body moves and gestures depending on each student's need and what helps most to achieve the goals as well as successfully exploit the techniques required at the moment.

*SELECTED ACTIVITIES*
2018 joined in Broadway Teachers Workshop in New York
2017 joined in The Lyric Theatre Singers in Montreal
2016 Joined in Musical Theatre training sessions in Taipei
2014 joined in July 2014 for Asia Musial Seminar
2006~ member of the Chorus (in soprano part) of Department of Music, Taipei Municipal University and 2009 performed on tour
2008 joined in August 2008 for American Performing Arts Academy camp for Broadway and Musical
Theater acting
2005 joined in the camp of vocal master class “Dan Mattea Calucci” in Italy in July

I grew up in a big academical and musical family in which most of my family members are professors, teachers and musicians. Therefore, I grew up being trained in singing, piano playing, painting and dancing, and have bachelor degree of Music in vocal and Master degree of Art and Design. My bel canto techniques were from my professors from Conservatorio Santa Cecilia di ROMA and Konservatorium Wien University. After graduating, I continued to learn musical singing techniques from the musical teachers from New York Broadway till today.

I have performed both piano and classical singing as soprano in concerts since 7 years old, and started to give both private and group music lessons regarding piano, vocal, sight singing and musical theories since 17 years old. What I particularly specialize in is Broadway repertoire and Disney songs.

There is a chamber ensemble formed by three excellent musicians and myself, in which I am the leading soprano, which has been invited by and cooperated with the government in Taiwan to perform tour concerts in music halls several times. What we performed includes classical numbers, ballet and tango pieces, operas, Broadway pieces and of course Disney songs.

I also keep participating in musical productions, both performing as an actress and giving musical training and couches to other actors/actresses.