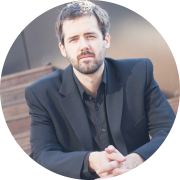 Jeremy was born in Halifax, Nova Scotia and now makes his home in Montreal. In addition to performing across Canada, his career has brought to Austria, Belgium, Germany, Greece, Mexico, Netherlands, Romania, Spain and the United States. He has been recorded by the CBC for Medici TV in a masterclass with Jean- Phillipe Collard, as well as having appeared several times on television in Halifax in his youth. He recently participated in a recording of chamber music, soon to be released on the Naxos label’s Canadian Composers series. Recent notable performances were at the Salzburg International Chamber Music Festival, the Montreal New Music Festival, and as soloist with the Youth Orchestra of Nova Scotia. Jeremy won the second prize at the first Alkan-Zimmermann International Piano Competition in Athens, an honorable mention at the International Ludmilla Knezkova Piano Competition, and won first prize in the national finals of the Canadian Music Competition. He also won first prize at the Festival du Royaume in both solo and chamber music.

Jeremy completed his Doctor of Music degree under the direction of Kyoko Hashimoto at McGill University in Montreal, and he holds a master’s degree and an artist diploma from the same institution. He also studied at the Conservatoire de Montréal, the Conservatory of Utrecht in the Netherlands, and has completed courses at the Mozarteum in Salzburg, Rencontres Musicales Internationales d’Enghien in Belgium and the Orford Arts Centre.