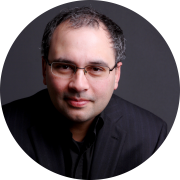 With over 18 years of experience, Carlos has taught students of all ages. He has worked in both, his private studio, and at formal institutions. His students have been successful in piano competitions as well as undergraduate and graduate auditions. Some of them are presently working as active musicians or pursuing degrees in universities throughout South America, USA and Europe.
Carlos is a passionate and dedicated teacher, committed to nurture the musical talent of his students and to help them enjoy music.

Carlos began studying piano with Consuelo Mejia in Colombia. In 2001 he received his bachelors degree with honorable mention in piano performance from the Universidad de Antioquia under the guidance of Lise Frank. Then he continued his graduate studies in the United States, earning his master of music in piano performance from the university of Toledo under the tutelage of Dr. Michael Boyd and a doctorate degree in piano performance and pedagogy from the university of Iowa with Dr. Rene Lecuona. In 2015 he finished a masters of music in early music/harpsichord from McGill University where he was a student of Alexander Weimann and Hank Knox.

Carlos has been awarded prizes in different competitions including the first prize at the National Awards of Culture (Colombia), second prices at the National Petroff piano competition and the Yamaha-EAFIT piano competition (Colombia), an Honorable mention at the Chautauqua International piano competition (USA), and the first price in the four hands piano category at the City of Padua international competition (Italy) with the duo Betancur –Orduz. He has been the recipient of numerous scholarships including full ride to obtain his BA (Colombia), MM (USA) and DMA (USA) and a recipient of a Graduate Excellence fellowship at McGill University for his Master of Music in Early Music. He has performed as a soloist and Chamber musician in different concert halls throughout The United States, Canada, Colombia, Chile, Spain and Italy.