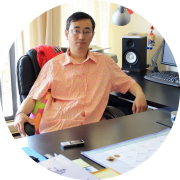 Over 35 years in music study Learn Erhu (Chinese two strings instrument) with father at childhood. Switched to Trombone at 14-year-old then learned Trombone and Composition for bachelor degree and Computer Composition for Master degree.

10 years experience teaching RCM system at Montreal QC and Vancouver BC. Most teaching all levels theory from Rudiments to Analysis, running own music school now.

Registration
Materials including books, official test papers, and other related publications are NOT included in the price.

Thanks for your understanding.