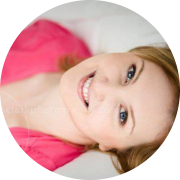 I love to teach in all genres and believes music is for everyone. After years of performing at festivals, in theatre, on camera, at wedding and for fundraisers, I have come to learn that as a musician and a teacher, that music is fun all of the time, and wishes to impart this knowledge on her students.

I believe in a well rounded music education. Lessons with me will include vocal technique, music theory, ear training, sight reading, repertoire and performance skills. My students are encouraged to be involved in festivals and local performance opportunities.

Libby began her love of music at age 12, starting with piano and quickly moving on to playing the flute. After joining her high school band and being named band leader she decided to join the school choir where she realized she had fallen in love with voice.
At age 15, Libby began voice lessons, beginning with Jazz and Pop styles. A year later, she realized that she had a love for theatre too. At that time, she switched teachers and started studying classical voice and music theatre with David Reedy. David is an expert in the Bel Canto method of singing.
At age 17, she began acting classes at the National Acting School. After finishing university in Australia, Libby made the move to Canada.

Since moving to Canada Libby has continued her studies with multiple coaches such as Lambroula Maria Pappas, Heidi Lynn Peters and most recently with Diane King at the Vancouver Symphony.
Recently she completed a Master class, Performing Puccini’s Quando M’en Vo, with Tracy Dahl

I am an active performer studying roles in both Opera and Musical Theatre. Some of the roles studied and performed are:
Zaneeta Shin –The Music Man
American girl, soloist- West Side Story
Princess Nekaya –Utopia Limited
Peep Bo- The Mikado
Zerlina-Don Giovanni
Susanna and The Countess –The Marriage of Figaro
Mademoiselle Silberklang- Der Schauspieldirektor