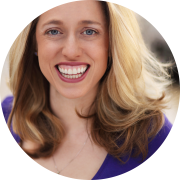 Athena enjoys teaching all ages and abilities, from 4 year old beginners, to seasoned professionals, to adult hobbyists. She is a patient, fun, thorough, flexible, and imaginative teacher. She teaches most musical genres, from classical, to musical theater, to jazz, to pop. She can prepare you or your child for upcoming auditions (musical or theatrical) and provide valuable insight into the entertainment industry. Athena also does art therapy with all varieties of special needs, from Autistic to Alzheimer's. Whether you are an absolute beginner, a hobbyist, or a professional in need of a savvy coach, Athena will create a lesson plan suited to your individual learning style, interests and needs.

Athena has enjoyed success as a singer/songwriter, actress, musician and teacher. She recently moved back to Toronto after performing in New York City for 15 years.

Athena has released 5 CDs, toured North America (both as a singer/songwriter and as an actress), and taught voice, piano, guitar, songwriting and acting for the past 20 years. She has shared the stage Sarah McLachlan and Jim Carrey, and taught songwriting to girls with Lisa Loeb (the teaching project with Lisa Loeb was made into a documentary and premiered at Tribeca Cinemas). Her music videos LOVE IS LOVE and LOGICAL SONG charged #1 on MTV's LOGO TV.

As a singer/songwriter, Athena has released 5 original CDs and numerous dance singles. Her latest full length album, "Little Girl Dreams", was produced by Emmy/Grammy Winning Producer Cynthia Daniels (Melissa Etheridge, Dave Mathews Band, "Producers" on Broadway). Athena's music is storytelling pop with a theatrical twist. She combines a dramatic 4 octave range voice with gorgeous piano and guitar arrangements. She has been featured in radio, TV, newspapers and magazines around the world.

As an actress, Athena has appeared in numerous commercials, Film, TV and Off-Broadway productions including Hush (Players Club in NYC and Hudson Theater in LA), Fran in The Day They Shot John Lennon (Redmill Theater), "Tina" in Love Sucks (NYMF Festival) and principle roles on "White Collar" on USA Networks and "The Perfect Murder" on Discovery ID Channel. Her one woman show, "Lady Gaga: #ARTBIRTH" played at the Laurie Beechman Theater in NYC and received Time Out Critic's Pick. She won Best Comedy at Canada's YTV Youth Achievement Awards (Judge Eugene Levy).

Athena's training began with classical piano at age 4, voice at age 8, acting at age 9, and guitar at 16. She began working as a professional actress in Film & TV at age 12, and recorded her first album at 20. She majored in Theater at Claude Watson School for the Arts in Toronto, and earned a BFA in Music from Concordia University in Montreal. She regularly attends master classes in New York, with internationally renowned teachers such as Neil Semer, Kimberly Vaughn, Garry Dial, Francine Kay, and Maggie Maes.