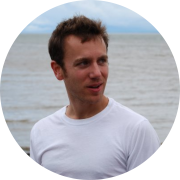 I enjoy high-level technical dissection and artistic polishing with advanced players as well as building from the ground up with beginners. The most important thing for me is that students arrive with a genuine desire to explore and improve.

Conor has performed in Canada and the United States and has been heard multiple times as a soloist on CBC Radio/Radio-Canada. Engagements as concerto soloist include l'Orchestre de l'Université de Montréal, l'Orchestre Symphonique de Trois Rivières, The Windsor Symphony and the Cathedral Bluffs Symphony Orchestra.

As well as studying at training institutes like the Banff Centre for the Arts (under Julian Martin of The Julliard School), le Centre d'Arts Orford and Interlochen Academy (under Emily White of The Julliard School), between 2000 and 2009 Conor completed studies leading to a doctorate in performance under Marc Durand, Jimmy Brière, Maneli Pirzadeh and Jean Saulnier.

As a teacher he has coached students from a wide array of backgrounds, from beginners to university undergraduates. Current and former students are presently enrolled in undergraduate and graduate programs at the University of Ottawa and Université de Sherbrooke.