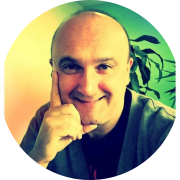 I have been fortunate to have some great teachers in my years of guitar playing.

This school is dedicated to them...

34 Years of expertise and in-depth knowledge of classical guitar

Combines relevant, historical and modern classical guitar methods and only the most effective material was taken from each method

Classical Guitar History and Literature provides an historical survey of the guitar and lute from the 16th-century to the present day. We'll explore influential composers, repertoire, changing stylistic approaches, and the evolution of the instruments themselves. Guitar History is presented in modules: Early, Renessance, Baroque, Classical, Romantic and Contemporarly Classic Guitar

Harmony for Classical Guitar, step by step knowleadge of the makeup classical guitar pieces in the guitar repertoire and provide openings to investigate later filds of music in which the instrument plays the part

Vanja strongly supports an idea that most technical issues can be resolved through appropriate repertoire; there is also a focus on to reduce the tension issues so common for the classical guitarists

Student will be guided through set of music pieces of slowly increasing in difficulty. Besides using pieces as an aid to teaching various elements of playing style, Vanja will also inspire the student for more intangible qualities such as expressiveness and musicianship

Students of all ages, abilities, and levels are welcome. Classical Guitar Education Program prepares students for RCM (Royal Conservatory of Music) and ABRSM (Associated Board of the Royal Schools of Music) examinations

Learning classical guitar/musical instrument improves your self confidence and esteem, concentration, poise, intellectual ability, enhances cognitive skills, memory skills, coordination, motor, fine motor and sensory skills, promotes your social skills, refines your time management and organizational skills, teaches your patience and perserverance, creates a sense of achievement, exposes you to cultural history, promotes happines in your life and those around you

There has always been a connection between medical doctors and music. Both arts, somehow secretly connected with each other. I have to admit, although I am a Medical Doctor, my first love is stil classical guitar and it will always be.

Vanja began playing a classical guitar at age seven and later engaged in serious study received the highest honours under the direction of two maestros: Kosta Popovic and Mile Praljak.

​In March 2012 Vanja finished work on Classical Guitar Repertoire I. This is carefully chosen, graded repertoire for classical guitar and it has been organized to present pieces from all major styles periods appropriate for that level of technical development.

In order to define Classical Guitar Education Program for kids, I attended to "Every Child Can!© (ECC)" course. This is introduction to Dr. Suzuki's philosophy and its application to Suzuki education. The Suzuki Association of the Americas (SAA), Teacher Development Program, April 2012, Ellensburg, WA, USA.​​

February 2015, colaboration with other musicians, repertoire is carefully chosen such as "Histoire du Tango", one of the most famous compositions written for flute and classical guitar by tango composer Ástor Piazzolla. Histoire du Tango attempts to convey the history and evolution of the tango in four movements: Bordello 1900, Café 1930, Nightclub 1960, and Concert d'Aujourd'hui. Piazzolla provided program notes that expand on the individual movements.