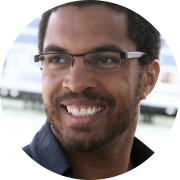 I believe that words don't teach, but inspiration can be the mother of discovery. I try to inspire my students by paying attention to what gets them excited while giving them a strong foundation in musical fundamentals, both technical and conceptual. I am aware that many students will stop lessons before they reach their full musical potential, so my goal is to prepare students to lead as fulfilling a musical life as their level of study will allow.

Rich is known for his intelligent and insightful interpretation and his ease in intellectually difficult repertoire. He is also a very versatile musician. He made his orchestral debut at 17 with the Youth Symphony of the Kootenays, and has since appeared in concert across North America, in Italy, France, Austria, and China. Though his primary work is as a vocal collaborator and coach he also balances an active schedule as an organist, an arranger, a composer, and a choral director.